From the Archives: Productivity

Productivity is a topic I find fascinating.  I love thinking about how I can be better at getting things done and planning my days.  I don't follow any particular productivity "system" but borrow ideas from here and there to create a unique system that is suited to my needs.  Of course, it's always a work in progress and often I have found that there is a tricky balance to achieve.  The system itself needs to stay in the background enough so that I don't become obsessed with it and use the planning process itself as a way of procrastinating about the more important things that I need to do.  Getting things done can sometimes be a challenge, but somehow procrastination is always far too easy...
﻿ 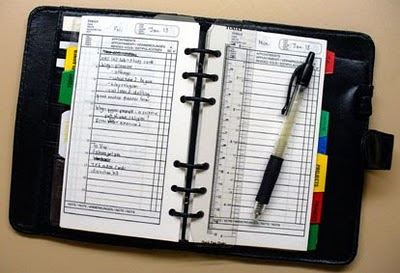 My posts on productivity tend to be among my more popular posts, so here are the best of them from the last 5 years:

In July of this year, A Penchant for Paper will be five years old. As part of the celebration, I'll be delving into this blog's archives and sharing with you some of the best posts from the past five years (with a focus on older posts that newer readers might not have seen).﻿
Posted by Heather at 6:00 AM

Email ThisBlogThis!Share to TwitterShare to FacebookShare to Pinterest
Tags: from the archives, links, productivity, top posts