I've been reviewing pens long enough that it's relatively uncommon for me to come across a pen in my daily life that I haven't heard of before, even if I haven't used it before.  So I was intrigued and mildly shocked when I encountered the Uni Laknock ballpoint the other day.  A pen I'd never heard of before?  Even though it was only a ballpoint, I was eager to try it out.

The Laknock is a fairly decent ballpoint pen.  Although it has a standard and unremarkable body and appearance, its grip is one of the better ones I've come across - long enough for both my fingers and thumb to be able to grip it and just the right combination of softness and firmness. 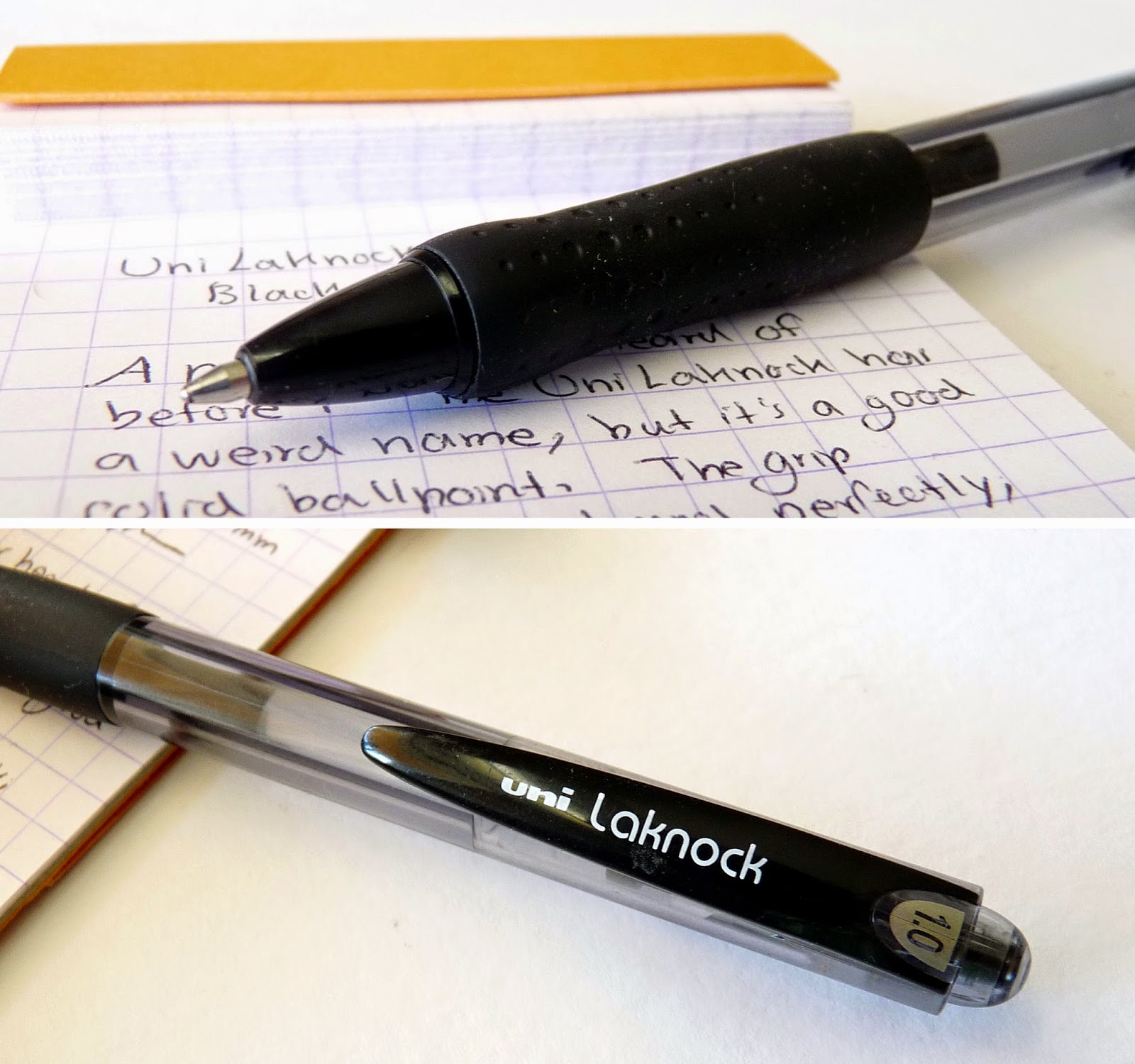 And while the Laknock doesn't offer the most amazing writing experience I've ever had, it writes relatively smoothly for a ballpoint and - best of all - doesn't leave globs of ink on the page.  I hate ink globs, and a lack of them is probably the most important thing that I look for in ballpoints.  The Laknock also seems to me to write with slightly blacker ink that that of other ballpoints I've used.  No ballpoint ink is going to be as black as that of a gel pen or liquid ink pen, but this one is not bad. 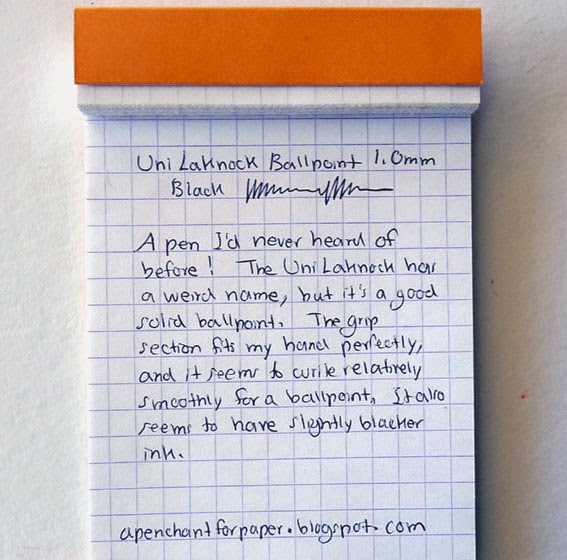 Overall, I'd say the Uni Laknock is a good solid ballpoint.  It feels trustworthy and dependable.  Definitely not an amazing pen, but one that I feel quite pleased with nonetheless.  If you need a decent basic pen for the school or office, this is one to consider.  Also, it gets bonus points from me for having a weird name and being a pen I'd never heard of before.