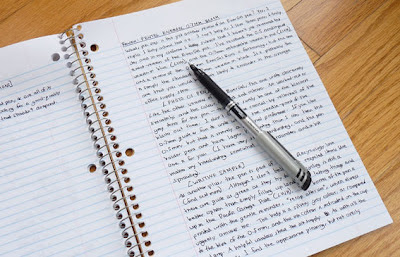 Probably many of you have heard of National Novel Writing Month (NaNoWriMo), even if you've never taken part in it.  Since it began, NaNoWriMo has acquired many cousins, and this year I've decided to participate in one of them - NaBloPoMo, National Blog Posting Month.  The idea is simple: post to your blog every day of the month.

As you've likely noticed, I haven't been posting here much this year.  I've been struggling a lot with procrastination, not just with this blog in particular, but with writing in general.  I've made plans so many times throughout the year to get back to my regular habits of writing and blog posting, and I've failed with those plans so many times as well.  But finally, as November approached, I had an idea: what about a monthly challenge?  Instead of trying to ease myself back into my writing habits, I could just jump right in with a challenge that I have never completed before in 7 years of keeping a blog: post something every day for a month.  (Because I have two blogs, I've decided to split my NaBloPoMo posts between them, so I'll only be posting here every other day this month.)

It's still the beginning of the month.  I don't know whether I'm going to be successful or not.  I've never written anything close to 30 blog posts in a month before.  But I feel excited about blogging again, and about writing in general.  I've always known that I work well under pressure, and this monthly challenge is providing just the pressure I need to stop procrastinating and start writing.

Are you participating in NaBloPoMo, NaNoWriMo, or any other similar challenge this month?
Posted by Heather at 6:00 AM