Rethinking the DIY Planner for 2014 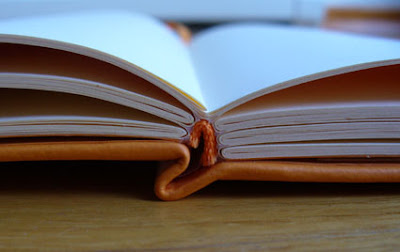 Although it's only November, I've already started thinking about my plans for 2014, particularly about how I can be more productive and organized in the new year.  I've been relying on my DIY planner a lot this year, and it's made me happy to have a system that suited my needs so well.  But my productivity system has evolved over the year, and now my planner no longer fits me quite as well.  As the year draws to a close, I've been thinking about making some radical changes to my DIY planner for 2014.  Some of the issues I have with it include:

I've been reading about the Bullet Journal system, and it looks very appealing.  I like that it is a simple system that I could easily modify to suit my needs, and that it would allow me to incorporate a planner, journal, and sketchbook into one notebook.  And instead of buying a new notebook for my Bullet Journal, I could simply use one of the Rhodia Webnotebooks that I'm currently using as journals.  I have been using one of my Webbies since September of 2010, which is rather a long time for me to be keeping a journal, and I would be glad of an excuse to use this notebook more often and fill it up.

I'm still nervous about the idea of giving up the system that has worked so well for me this year, even though I know I could easily change back again if I needed to.  Luckily, I still have over a month to decide what my system for the beginning for 2014 will be, and I certainly welcome any of your suggestions or ideas.

Have you tried the Bullet Journal?  Are you making any changes to your planner system for 2014?  Do you even use a planner, or do you survive without one?  Am I totally crazy to be spending this much time thinking about this?
Posted by Heather at 6:00 AM