My productivity system broke down this summer.  It started when I didn't complete all of my weekly tasks that I had written down in my planner.  To be honest, I usually didn't complete all of these anyway (I tend to over-estimate the number of things I can get done in a given period), but now the problem started to get worse.  Some weeks I only checked one or two items off my list.  As I fell more and more behind, I felt more and more guilty about not getting as much done as I thought I should.  When I re-wrote my list of tasks every week, all I felt was dread.  Eventually, I stopped using my planner altogether.  By then, it just felt pointless. 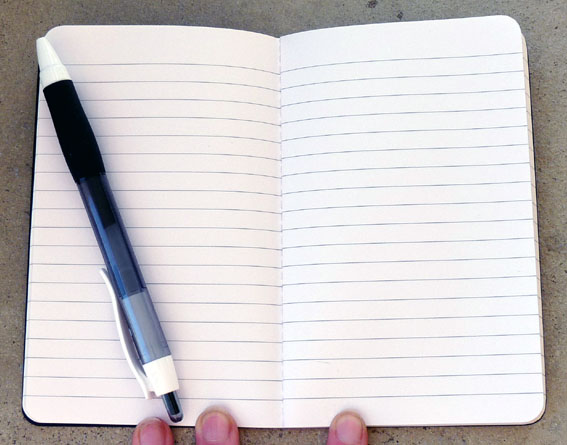 It doesn't matter whether you use a paper or digital planner; the system you use cannot automatically make you more productive, focused, or motivated.  Ultimately, you have to actively make the decision to work on tasks you need to get done.  You can plan, write to-do lists, make schedules, and try different systems as much as you like, but none of this is useful unless you actually do the work.  That's the hard part.

As August and September passed me by, I realized that if I wanted to start being productive again (and I did), then I needed to make a change.

By this time, I also had realized what the main cause of my productivity system breakdown was: procrastination.  Procrastination is, I now know, the greatest challenge I face to my ability to get things done and to make any kind of progress in my life generally.

Procrastination starts as a way of avoiding and putting off a task that I feel is too difficult or large to tackle.  Sometimes it's just that another activity (easier and less important) is much more tempting.  Or that I convince myself that I have lots of time (even when I don't) so I don't need to start right away.  Once it gets started, procrastination builds on itself.  Once I put one task off, it becomes easier to find excuses for not doing other tasks.  And the more behind I get in everything, the more negative feelings (guilt, dread) I start to have around all of my tasks, which means that I turn to procrastination more as a way of (temporarily) avoiding those feelings.

When dealing with procrastination, it's important to start small and build slowly.  Habits cannot be changed quickly.  I know that from years of trying and failing.  A large change is scary and I'll probably procrastinate about it or give up on it after only a few days.  A small change is easy and I can slowly build on it.  It's also important to realize that you cannot conquer procrastination completely.  I expect that this challenge will be with me for the rest of my life, so I need to focus on learning to live with it, not on trying to eliminate it.

I have not yet gone back to using my planner, but I am starting to rebuild my productivity system.  Every day, I set myself a few small tasks, writing them down in a simple pad of paper that I keep on my desk.  I make sure to break down even simple tasks into tiny steps.  If "write next blog post" is too intimidating, then "choose photos" or "write first draft by hand" may not be.  I've also put most of my projects to the side for now.  Part of the problem was that I was simply trying to do too much, so for now I'm just going to focus on one project (blogging).  When I get that on track, I can add in other tasks and projects.  Selecting tasks or setting goals for an entire week or month also feels like too much right now, but as I have more success on a daily basis, I hope to re-introduce this (in some form) to my productivity system as well.

I don't know what my productivity system is going to look like as I rebuild it.  I do know that at some point I'll start using a planner again, but I don't know if I'll go back to a Bullet Journal or not.  I suspect that I may want something with a bit more structure instead.  At this point, I'm trying to keep my mind open to any possibilities.

Most importantly, I have discovered in the last two weeks that I can complete tasks again and that it feels good.  I know that some people perceive writing as a difficult and painful business, but I've found that writing makes me happy.  It's not writing that causes the problems.  When procrastination returns, I will try to remember this.  Getting things done feels good.  Procrastination does not.  And it doesn't have to be more complicated than that.


~~~
Have you ever experienced a productivity system breakdown?  How did you deal with it?  And how do you deal with procrastination?  I'd love to hear your thoughts and experiences on these issues.﻿
Posted by Heather at 6:00 AM